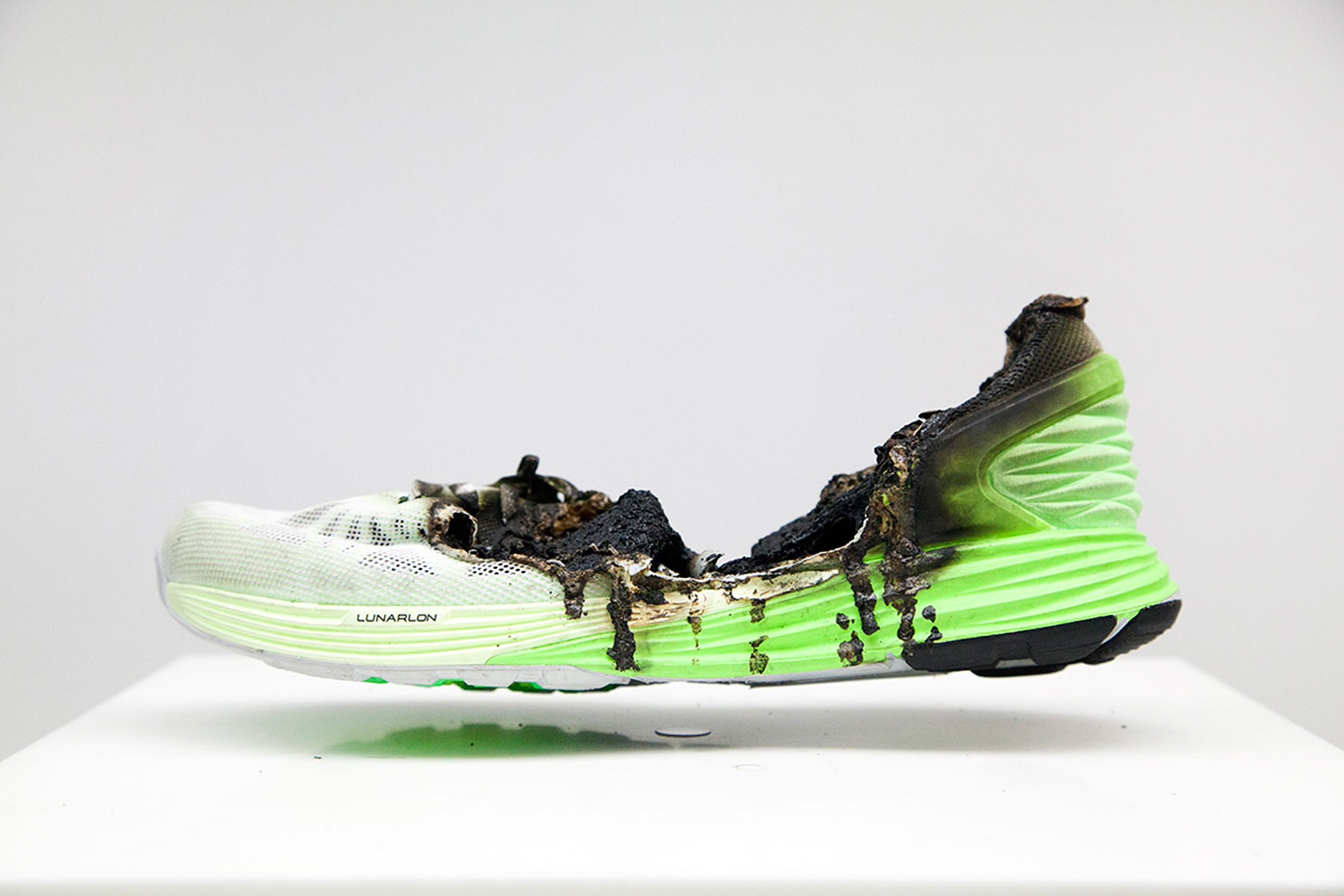 In their 2012 collaborative work, How to improve the world (you will only make things worse), Craig Fahner and Steve Gurysh drew from a genealogy of energy, enacting a performed circuit through a reenactment of the 1976 Montreal Olympic torch relay, in which a flame is transformed from fire, to electronic signal, and back via an absurd technological spectacle. This performance served as a platform for the interrogation of a technological progression, remystifying its process into Promethean ritual.

In The Radiant, Fahner and Gurysh further investigate technological processes through the evolution of lifestyle economies, proposing, through immersive and sculptural works, a materiality characterized by aspiration and weightlessness.

A radioactive wand is waved, an Olympic flame is beamed across the sky, and a coal mine burns forever beneath the Earth. A history of energy proceeds not just through rational gestures, but through the stuff of magic, of stealing from the gods.

Special thanks to the Museum of Contemporary Canadian Art and Dean Baldwin.

With generous support from the Alberta Foundation for the Arts.

Craig Fahner is an artist and musician from Calgary, Alberta. His electronic, video and sound-based works reimagine electronic systems, generating experiences that reflect on the role of technology in our culture. Fahner’s works have been exhibited in various venues internationally, including the Nuit Blanche festival in Toronto, the Atomic Testing Museum in Nevada, and the Museo de la Ciudad in Queretaro, Mexico. In 2010, he received the Disney Memorial Pausch Fellowship to pursue graduate studies at Carnegie Mellon University in Pittsburgh, where he received his MFA in 2013. Fahner currently leads classes in Media Arts + Digital Technologies at the Alberta College of Art.

Steve Gurysh investigates economies of energy, processes of transformation, and modes of exploring time through objects and events. He explores these themes through the parallel, and often convergent, histories of science, art, and pop cultural trends. While his process employs methods of research, experimentation, and collaboration, illogical premises often drive his work towards inventive and playful scenarios. Here, the act of storytelling becomes activated by a productive process, weaving mythological frameworks, historical narrative, and invented experience into potent objects, public interventions, and temporary experiences.

Gurysh received his MFA from Carnegie Mellon University. He is also the co-founder and director of The Drift, a platform for temporary public art that explores bodies of water as a context and site for presentation. He is the recipient of numerous awards and has exhibited projects in places such as El Museo de la Ciudad in Queretaro, Mexico; La Societe des arts technologiques in Montreal, Canada; The Engine Room in Wellington, New Zealand; Spaces in Cleveland, OH; Cabinet Magazine’s Exhibition Space in Brooklyn, NY; and the center of the Allegheny River.