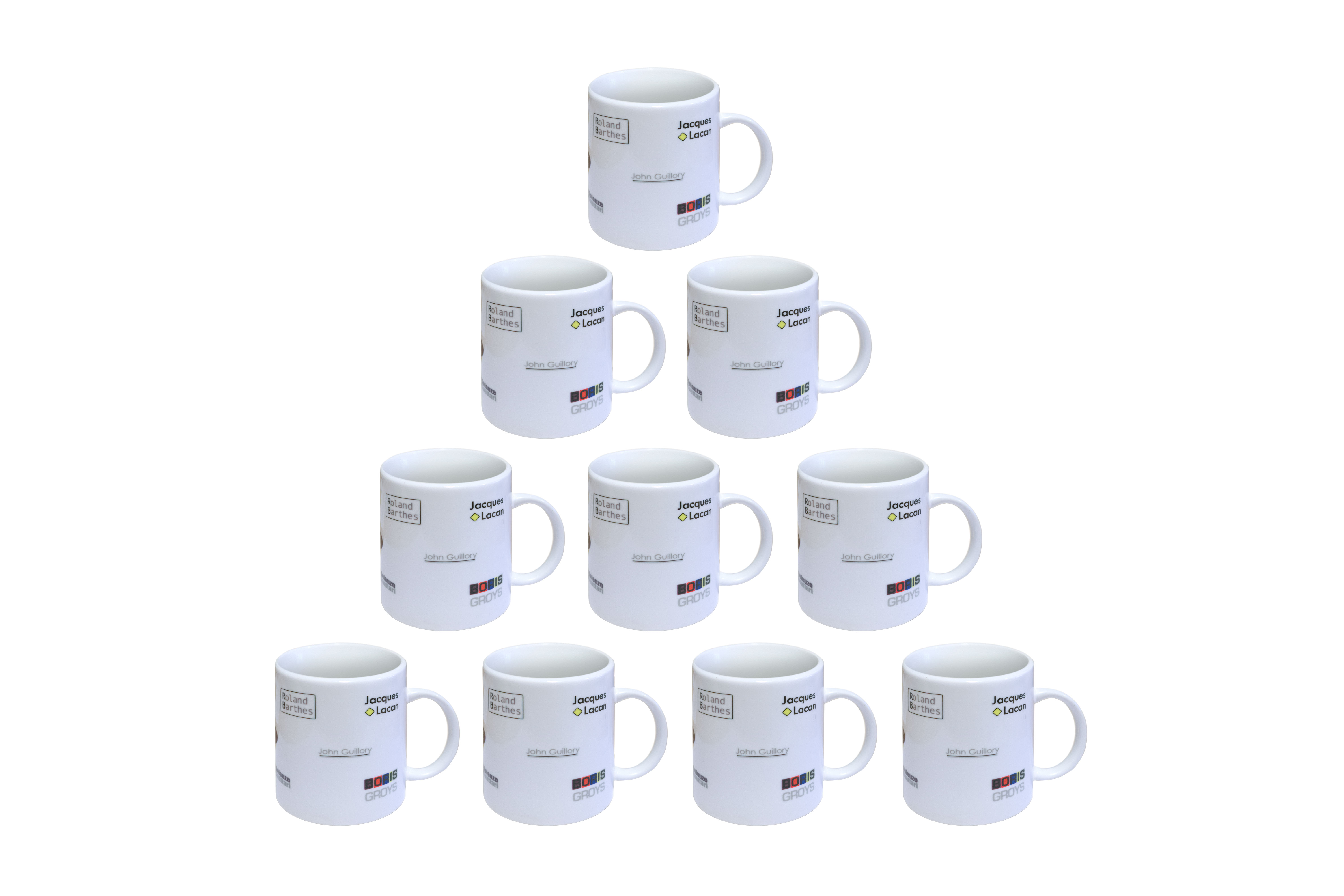 V+1 is a series of artist multiples. Every time a piece is purchased, the individual value of the remaining pieces goes up in price. However, unlike most multiple editions, the production of these items is not limited, and the price is endlessly increasing. This project makes a reference to the inner workings of the art market and the value systems at play within it. This dynamic art project both exemplifies and participates in the very economic model that artists, dealers and collectors are both perpetuating and resisting.

What is a given thing worth? Or, to put the question more evocatively, if both capitalism and currency had never existed, how would we determine the value of any given thing? (Hint: it’s completely possible we wouldn’t.) Reification is the process of making a commodity’s history disappear, in order to make the price seem self-evident and produce surplus value. The object appears on the shelf as if by magic, and the price is equally magical.

Competition between different companies is meant to regulate this price: you can’t charge twenty for your tube of toothpaste if the shop next door is selling something similar for five. But in our world of corporate oligarchy, there are in fact less and less different companies, more and more centralized conglomerate ownership, and prices have the potential to be more arbitrary than ever.

Sona Safei’s project V+1 gives a very specific answer to my original question: this particular thing is worth one dollar more each time someone buys one. It is an answer that follows the logic of the art market. (Though capitalists would of course love to charge one dollar more ever time someone bought a tube of toothpaste. What prevents them, I suspect, is the fear that such a strategy would severely reduce sales.) While in the grocery store they pretend that the market had done its magic and therefore arrived at the correct price for each item, in the art world they work on the assumption that a thing increases in value as it becomes more rare. This, for example, is how limited edition video works are priced. The rarity is of course entirely artificial, it would be easy enough to make more copies of the video, and at times it is amazing to me that anyone actually buys into this fanciful claim that only five copies of this video “exist.” In market terms, it would be a simple case of price fixing, but this logic does not apply because the collector is a very particular kind of consumer. (Also true for people who collect baseball cards, rare stamps, etc.) In V+1 there is no promise that when all the mugs are gone, for one dollar more with each consecutive sale, there will be no more where those came from.

It is not the real thing, but rather a humorous, provocative analogy. However, the point at which the analogy snags is also the moment it becomes most intriguing, in that you are literally being asked to pay more for each one, like a pretend war game where you actually get a little bit hurt. A dollar is not a lot of money, but it is real and can quickly add up. So get in on the ground floor, before prices escalate. The true artistic value of the work will be playfully revealed when all is said and done, and we can carefully count just how many mugs are left.

Jacob Wren is a writer and maker of eccentric performances. (Searching for a more accurate description than ‘theatre director’ he eventually stumbled upon ‘maker of eccentric performances.’) His books include: Unrehearsed Beauty, Families Are Formed Through Copulation and Revenge Fantasies of the Politically Dispossessed. As co-artistic director of Montreal-based interdisciplinary group PME-ART he has co-created: En français comme en anglais, it’s easy to criticize, Unrehearsed Beauty / Le génie des autres, La famille se crée en copulant and the ongoing HOSPITALITÉ / HOSPITALITY series. In 2007 he was invited by Sophiensaele (Berlin) to adapt and direct Wolfgang Koeppen’s 1954 novel Der Tod in Rom and in 2008 he was commissioned by Campo (Ghent) to collaborate with Pieter De Buysser on An Anthology of Optimism. He travels internationally with alarming frequency and frequently writes about contemporary art.