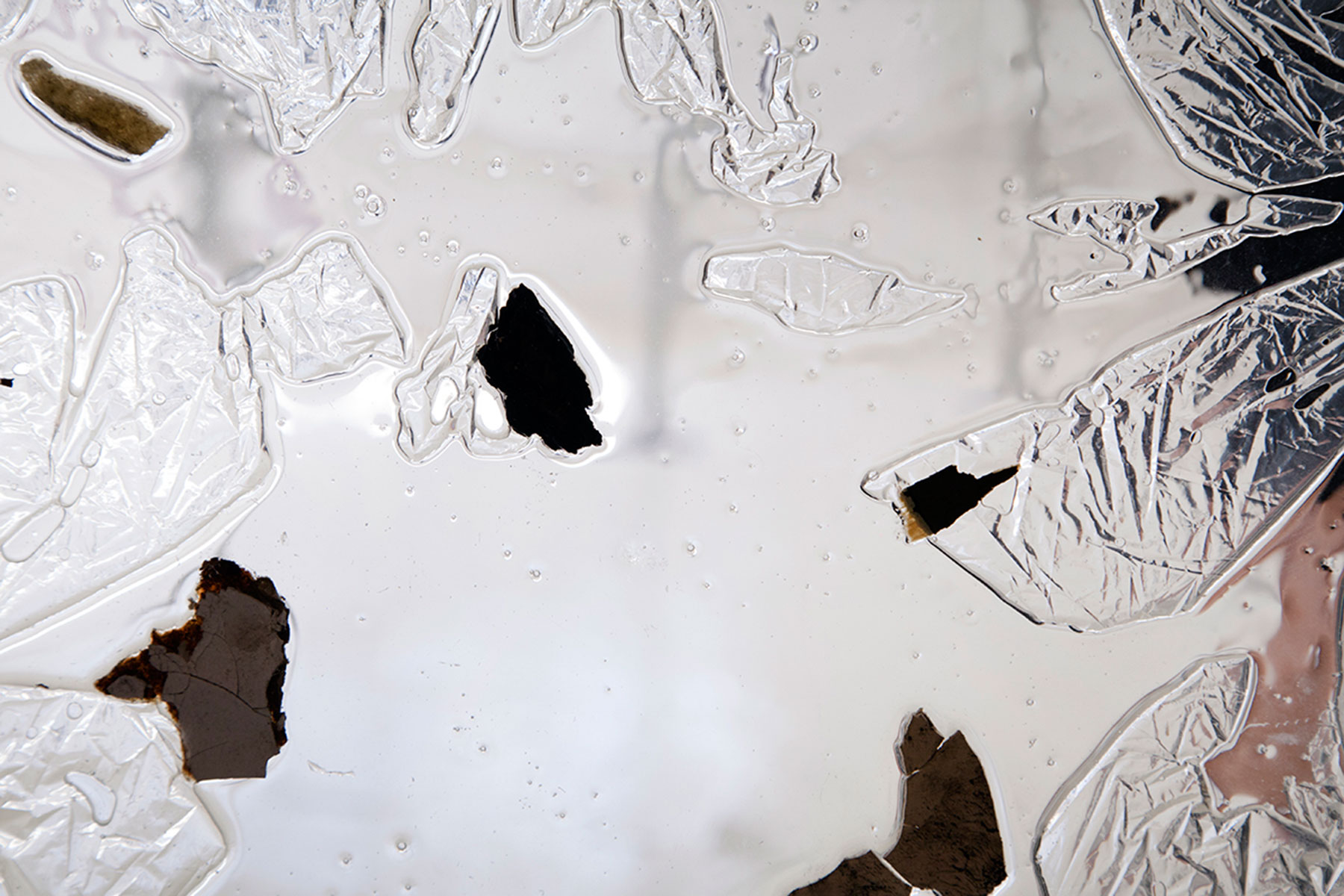 Working primarily in sculpture, Shannon Garden-Smith and Emily Smit-Dicks use surface, transparency, folding, and layering to realize unexpected relationships within the mundane. Garden-Smith forms surfaces through the gradual accumulation of home décor fillers. Smit-Dicks uses textiles and mixed media to create caricatures of everyday forms and investigate visual ambiguities between surface and structure. Their works explore a spatial and tactile interest in domestic architecture and interior furnishings while alluding to bodily forms and functions.

Accompanied by Witness Marks, an original text by Jasmine Reimer.

8eleven and the artists wish to thank the Toronto Friends of the Visual Arts for their generous support.

Emily Smit-Dicks lives and works in Toronto as an artist and costumer. She graduated from the University of Toronto in 2011, majoring in Visual Studies and Philosophy. In September she will begin her MFA at the Glasgow School of Art. Emily has exhibited her work at various institutions such as G Gallery, Birch Contemporary, Scotiabank Nuit Blanche, Justina M. Barnicke Gallery, Gallery Stratford, Cambridge Galleries, Robert McLaughlin Gallery, and the Art Gallery of Ontario.

Jasmine Reimer studied at Emily Carr University and The University of Guelph. Recent solo exhibitions include Small Obstructions and Coherent Disorder and Confused Arousal at Georgia Scherman Projects, Two Kinds of Anything at G Gallery in Toronto, ON and the harder softer side at The Dunlop Art Gallery in Regina, SK. In June 2017, she will participate in a two-person exhibition with Andre Ethier at Projet Pangee in Montreal. In February 2017 Reimer released her first book of poetry titled, Small Obstructions. Bluestem, an online and print publication produced by Eastern Illinois University’s English Department, recently published To Be A Bowl of Tangerines in its Spring issue. Upcoming projects include residencies at The CAMAC Art Centre in France and The Institute fur Alles Mogliche in Berlin.