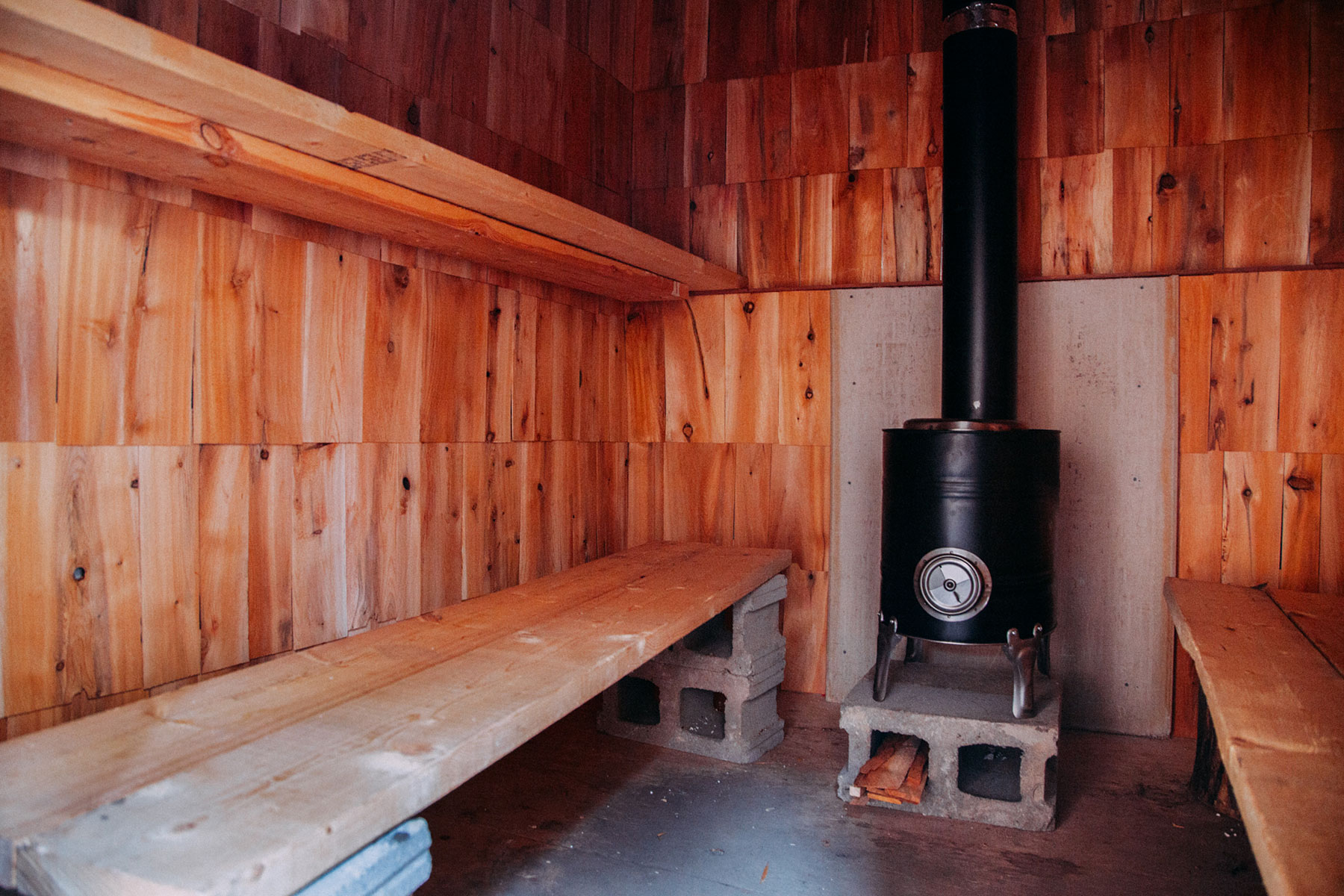 The 8eleven Sauna was built in the gallery’s courtyard in January 2014. It holds talks, workshops, events and screenings.

Do you Like Relaxing? a sauna mixtape by Amy Wong

Let’s celebrate the 143rd Anniversary of the Paris Commune by gathering together in the basement of 8eleven to watch “La Commune” — the 345 minute long historical re-enactment directed by Peter Watkins.

We’ll take intermittent breaks in the sauna to warm up and work through a series of wandering, informal discussions about the film, the idea of “communism,” and the consequences it might have within a broader field of practice.

Space in the sauna is limited to 8 at a time, so if there’s more of us than that we may have to take turns.

Anyone who can’t be with us for more than a few hours is welcome to stop by throughout the day — but we’d like to encourage *everyone* that responds to this invite to commit to watching the full duration of the film.

The first of a series of poetry reading + discussion in the sauna.

Sauna Sessions Towards a Collection of Short Stories: A Show and Tell
Hosted by Lili Huston-Herterich

A one-day series of show-and-tell sessions in 8eleven’s sauna. Up to eight guests would be invited to join Lili in the sauna for 1-hour sessions (4 sessions in total), where they would share a/many stories that use a mark on their body as a starting point – a tattoo, a scar, a freckle, a mole, a bruise. These stories will be recorded, and rewritten in a compilation of short stories based on the sessions shared.