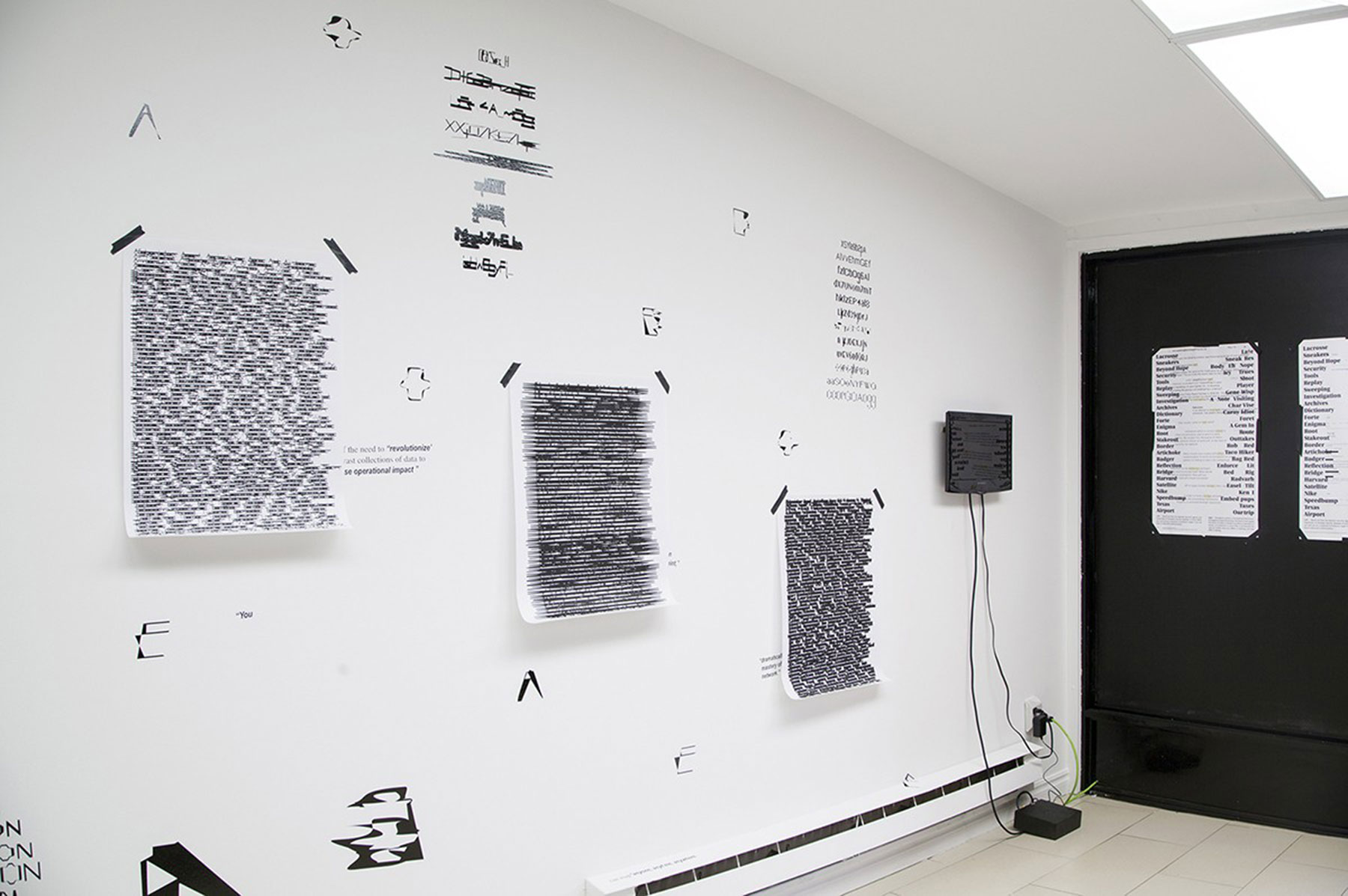 DDDD is covering and uncovering, it is a renegotiation of the terms of service. Comprising of audio, text and installation works by Chris Lange and Rouzbeh Akhbari, DDDD will explore strategies for living in a state of watching.

Transcribed Text from Conversations with the NSA.

Rouzbeh Akhbari was born in Tehran and is currently based in Toronto. Akhbari is mainly concerned with difficult national and global sociopolitical conundrums. His practice is mainly interventionist in essence and belongs to the public realm. Most recently he established the association of Centre for Counter-Monumental Activities, which has détourned the infamous obelisk at the intersection of Queen Street West and University Ave. Currently, he is working on preparing a series of monumental tributes to the First Capital Corporation that will pop up in a few strip malls in Vaughan.

Chris Lange was born in Banff and currently lives and works in Toronto. He has attended Bealart, YSDN, and most recently OCAD. His recent thesis titled Typographic Obfuscation, attempts to question implications and complicity of communication, data collection, and surveillance. His work focuses on the meaning and structuring of language, and typographic interventions.