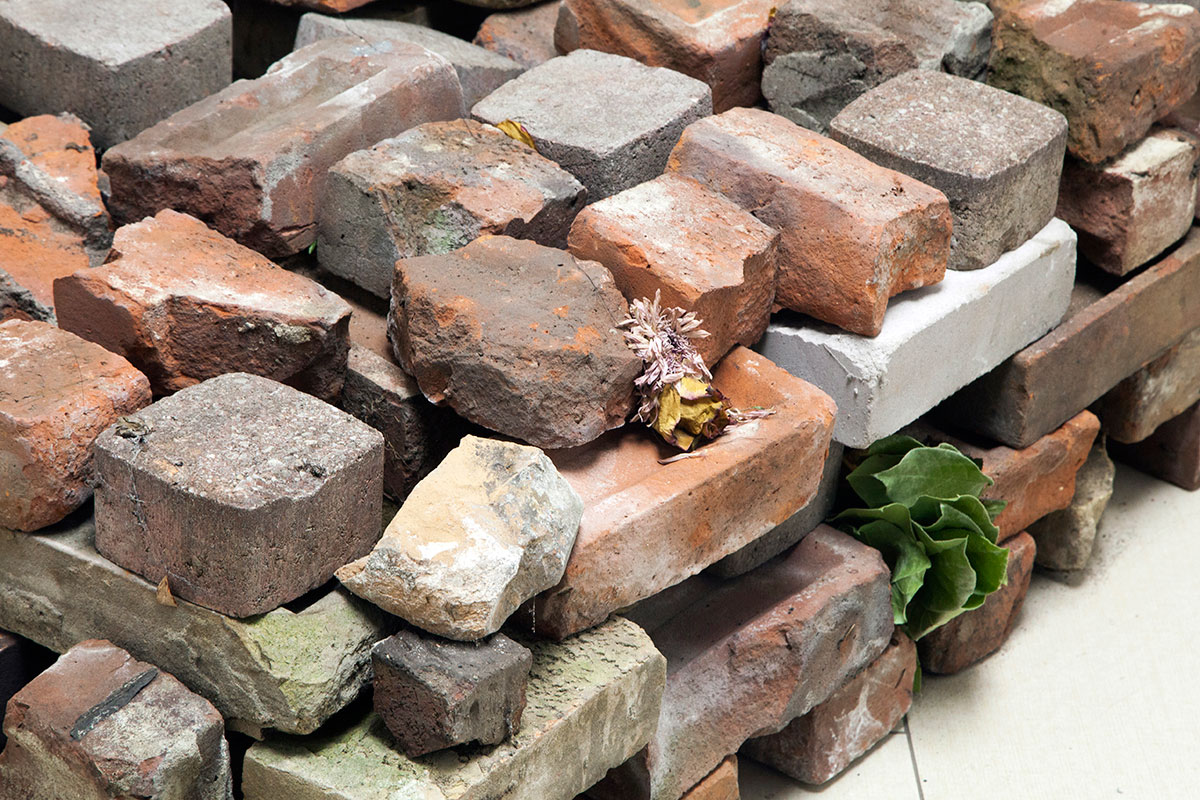 Archeological Apathy delineates the problematics of empirical study on human material culture and cultural landscapes. Apathy here is not a lack of interest to speculate and study but, rather, posed as a misguided and meandering assessment. Taking 8eleven’s courtyard as a point of departure, Cruz uses the site’s ‘natural’ environment to create the work.

Since migrating to Canada, Cruz’s research and art practice have led him to question identity politics and the negotiation of personal historical narratives as sites of productive artistic engagement. His practice tackles issues of representation, ownership and the notion of an identity as being unfixed and hybridized. Archeological Apathy is particularly concerned with the construction, authentication, and dissemination of culture through experimental scientific procedures and anthropological display. The project offers alternative ways to perceive and interpret culture, whether real or imagined.

Patrick Cruz (b.1987) is a Filipino-Canadian multidisciplinary artist. He holds an MFA from the University of Guelph and a BFA from Emily Carr University of Art + Design. Cruz’s experience migrating from the Philippines to Canada informs his studio practice, prompting him to question notions of displacement, diaspora and the adoption of a new cultural identity. In 2015, Cruz was awarded the first prize at the 17th Annual RBC Canadian Painting Competition. Cruz has presented his work across North America, Europe and Asia.