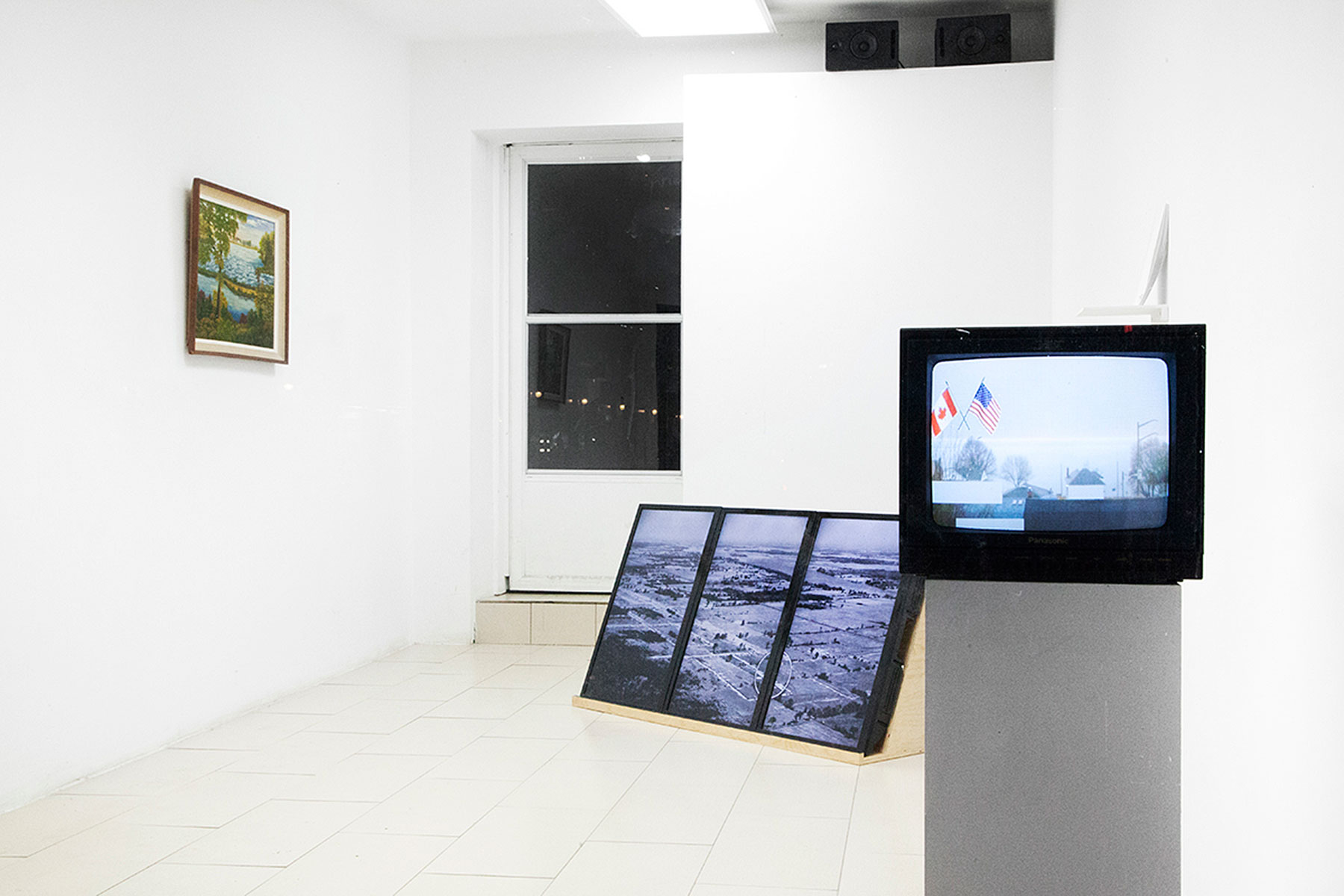 In the mid­ 1950s the Ontario government announced its plans to build a hydro­electric dam near Cornwall, Ontario, on the Saint Lawrence River. When the engineering plans were released for the project, it became clear that the towns along the north shore of the river would be forced to relocate, as that land would soon be submerged under a new artificial lake feeding the dam.

The alteration of this landscape, as part of the Saint Lawrence Seaway project, was promoted as an essential part of a modernizing society, calling for the destruction of one type of community in order to construct a new one. This event was documented and archived from three separate perspectives – that of Ontario Hydro, the Ontario Government, and the community’s themselves in anticipation of their gradual submergence under water. This exhibition marks the first in a series of openings into the context of this region, treating these archives not as a source for rational narration, but rather as a source of mystery, ambiguity, and instability. As a prologue to the unnatural disaster of the flooding of the Saint Lawrence River, this exhibition considers how the colonial inhabitants of a land narrate their own relocation.

With thanks to the Lost Villages Historical Society (Long Sault, Ontario).