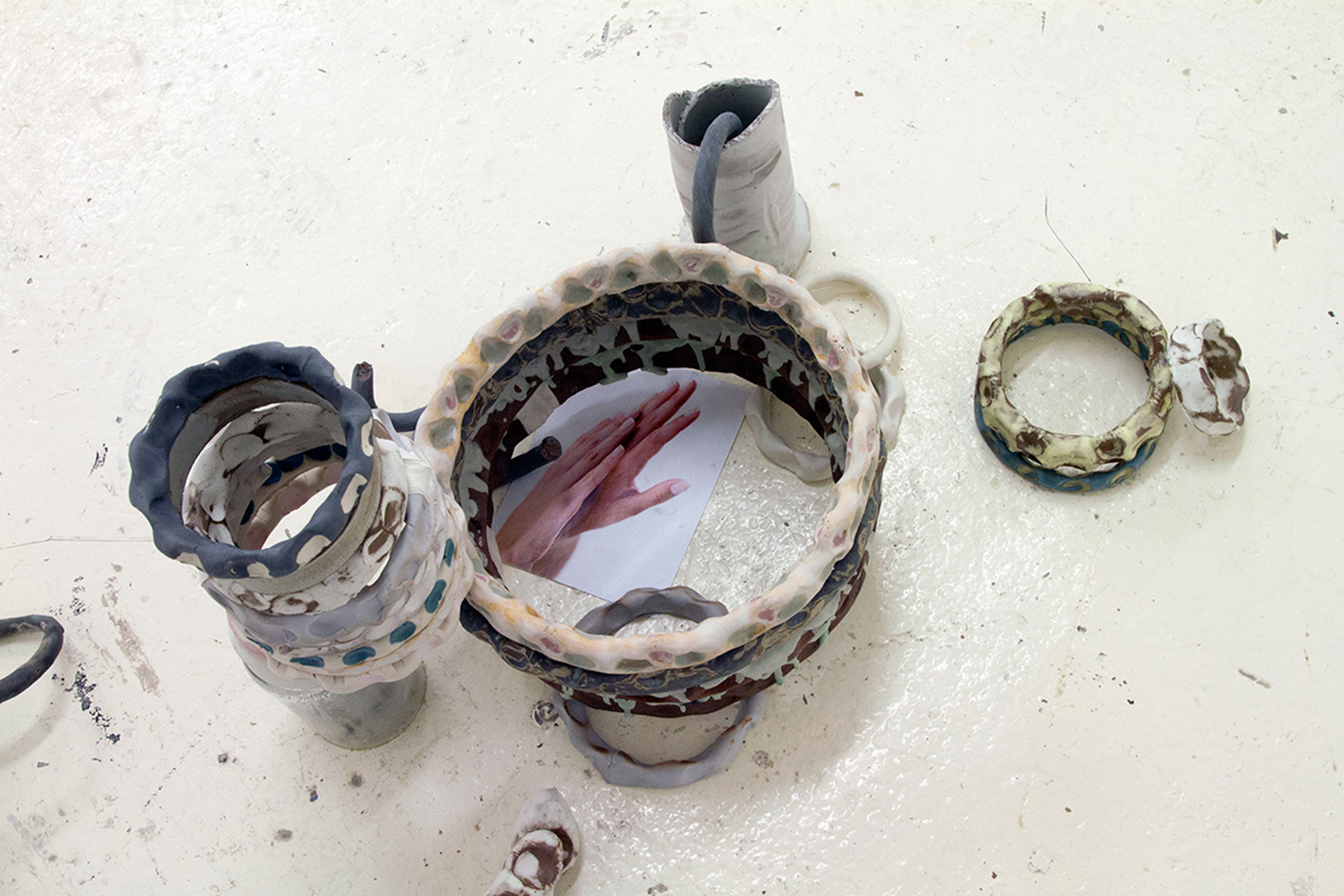 Whose line is it anyway? Marlon Kroll & Joy Walker

This collaborative exhibition presents new works by Joy Walker and Marlon Kroll. Though Walker and Kroll work across different media, both playfully engage the use of line. Their respective material practices when seen together, side by side, laid atop one another, begin to overlap. It is in the context of overlapping, overlaying, and interlacing, that Whose line is it anyway? brings together works on paper, canvas, ceramics, and video, unsettling the notion of a fixed boundary between the abstract and the figurative. Pushing the two dimensional into 3D, the exhibition examines how the weight of the line exists within different planes. Some lines are deliberate and precise, others appear tentative and momentary. Some lines are continuously in motion, while others are settled and weighted. As these lines play off of of each other Walker and Kroll’s works move us in different directions.

Marlon Kroll is a Canadian-German artist and musician based in Montreal. His work imagines the shape of things today tomorrow. Shifts in meaning after lengths of time, result without interference and often by accident. Form after gesture and metaphor through making; sites, actions and byproducts of human activity. What-ifs, maybes, why nots, pluralities. Plastic later, bodies tomorrow; water now, water always. Old as new but not postmodern. While ultimately figurative, his work is informed by an exploratory, process-based studio practice privileging discovery over plan, metaphor though material and narrative by contrast. He encourages ambiguity, a multiplicity of perspective and implicit modes of representation as a conceptual, formal and personal position.

Joy Walker is a Montréal born, Toronto-based artist whose work takes the form of sculpture, video, drawing and printmaking. Her approach is guided by intuition and is marked by a strong interest in process, materiality and play. Most recently, her work has centered on line and the possibilities it offers for exploring illusion through simple manipulations that alter and animate the viewer’s perception of space, light and shade. Her work has been widely exhibited and is held in several private and public collections.