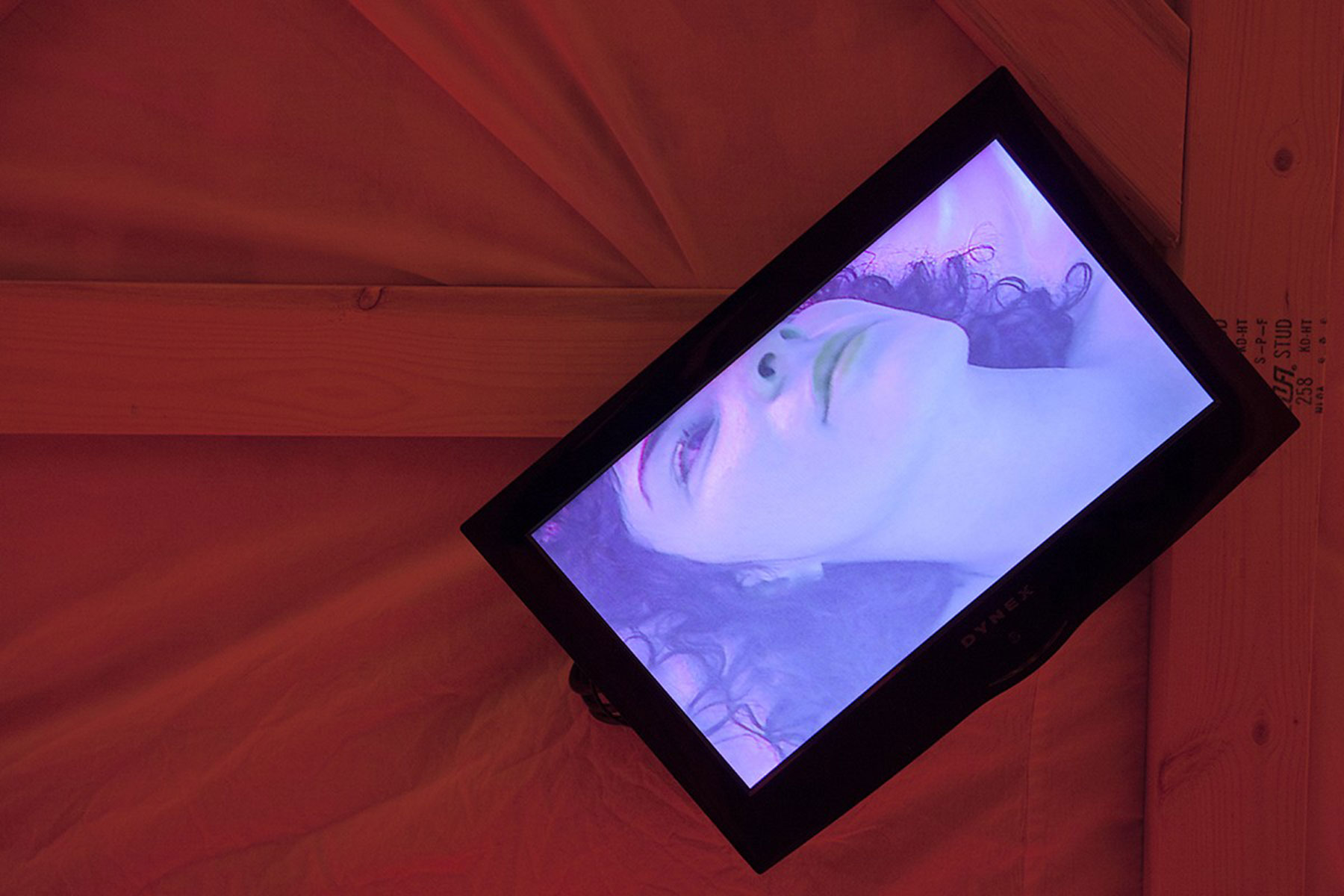 When I wake up my arm is under her neck and I can barely bend my elbow enough to rub the dust out of my eyes. The layer of static between me and the room is still there. No matter how deep we get inside each other we’re still separate.

Almost a year has passed since we came here, the three of us. Somehow we are irreconcilable but being side-by-side feels incredible. We came to escape the complexity of what was happening back there, but now when I look out from the coast I’m looking for a rescue beacon.

Yesterday I could barely see her when she was coming down the hill to see me on the coast. This island is too big and too small at the same time.

Point Dume is a new installation and narrative film, presented at 8eleven. It depicts the relationships between three women living in isolation on an uninhabited island.

8eleven is thankful for technical support for this project from Trinity Square Video.

Jordan Loeppky-Kolesnik lives in Montreal and makes works of installation and moving image. Recent exhibitions include Breezy Plaza, a residency and exhibition at Eastern Bloc (Montreal), the group exhibition and commission project TWO-D: Sculptural Video at Trinity Square Video (Toronto), and a place of which we know no certainty, at ISCP (Brooklyn).