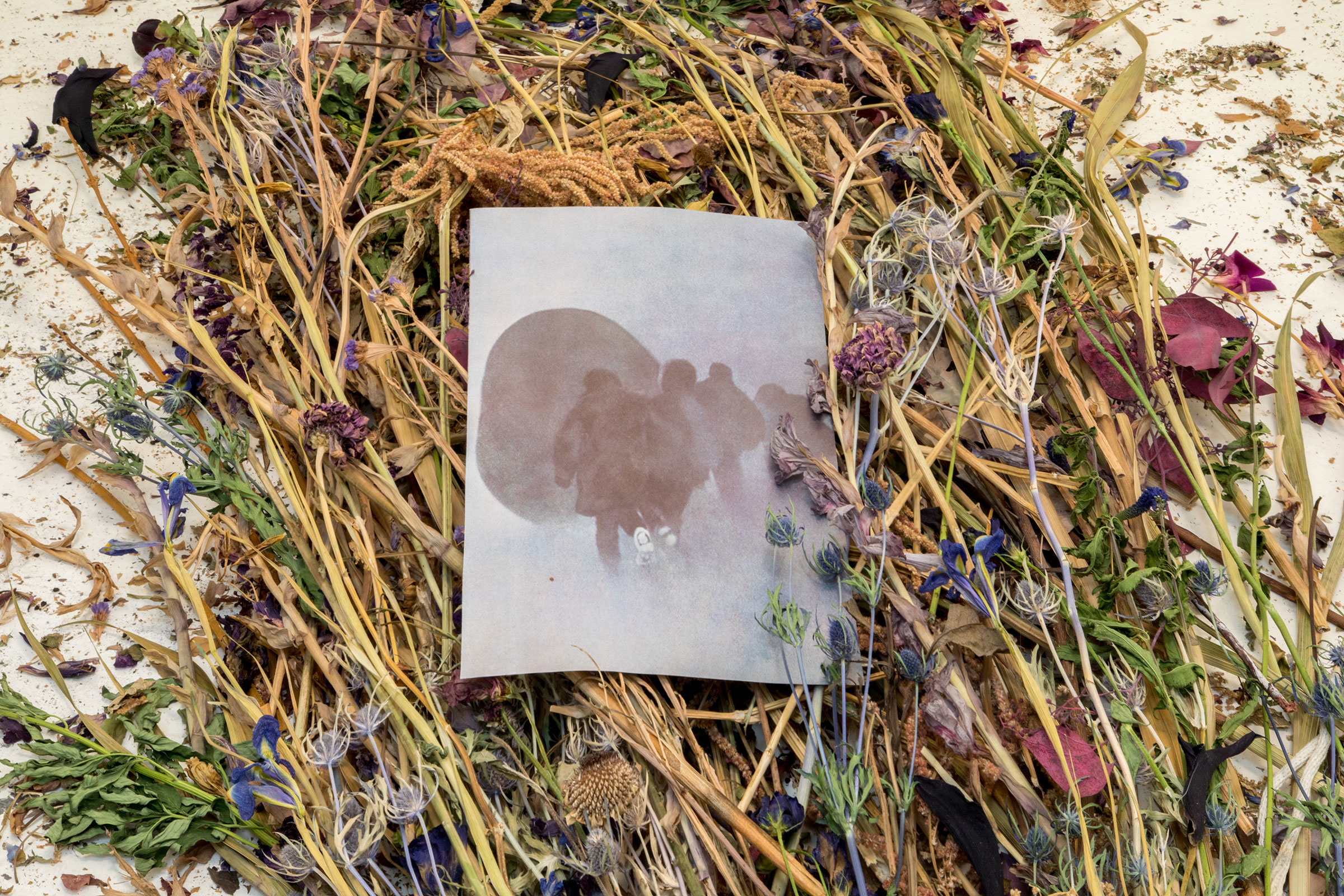 The More I Look At These Images Group Exhibition

Subtle, beautiful, alluring, but also abrasive, grotesque, and direct, the works in The More I Look At These Images play with the various ways in which documentary and natural photography can be deployed. The show highlights that these types of images are never really anchored in the realities they depict. In doing so, it urges us to inquire about the technical and conceptual ways in which photographic works are constructed. Drawing upon still-life and landscape traditions, images are arranged, pastiched, collaged, assembled. The artists in this exhibition manipulate images and create mise-en-scenes to make new works that draw out the ease with which we can be seduced by a picture. There are also feminist tactics at work here: playfulness, reappropriation, and various techniques of assemblage are used to investigate notions of the beautiful, of the fantastical, of the future. Cohered together for the first time at 8eleven, the works play off of each other. The More I Look At These Images aims to draw out the potent political poignancy of contemporary image making.

Originally from Edmonton (AB), Christina Battle is currently based in London (ON) Canada. Her works are often inspired by the role of official and non-official archives, our notions of evidence and explore themes of history and counter-memory, political mythology and environmental catastrophe. She has exhibited internationally in festivals and galleries, most recently at: Nuit Blanche (Toronto), Galveston Artist Residency (Texas), Studio XX (Montréal), Le Centre des arts actuels Skol as part of Le Mois de la Photo à Montréal (Montréal), Thames Art Gallery (Chatham, ON), Casa Maauad (Mexico City); and SOMArts (San Francisco). Christina is a contributing editor to INCITE Journal of Experimental Media, and current collaborative projects include: re:assemblage with Scott Miller Berry; and SHATTERED MOON ALLIANCE with Serena Lee. Her work the future is a distorted landscape was originally commissioned by Nuit Blanche Toronto 2017 for Calculating Upon the Unforeseen curated by Clara Halpern.

Jennifer Murphy is a Toronto based artist working in collage and mixed media. She has exhibited nationally and internationally including the CAG (Vancouver), The Power Plant (Toronto), White Columns (New York) and the MOCA (Los Angeles). Her work has been written about and published in Canadian Art, Flash Art, The Toronto Star, the Globe and Mail, N+1, Bad Day, C Magazine, Hunter and Cook, and Millions Magazine among others. Murphy has been nominated three times to the long list of the Sobey Art Award and has received numerous grants and awards. Her work can be found in many private and corporate collections including MaCarthy Tetrault, the Bank of Montreal, the T.D. Bank and the Drake Hotel. She is represented by Clint Roenisch Gallery in Toronto.

Zinnia Naqvi is a visual artist based in Toronto and Montreal. Her work uses a combination of photography, video, writings, archival footage and installation. Naqvi’s practice often questions the relationship between authenticity and narrative, while dealing with larger themes of post-colonialism, cultural translation, language, and gender.

Naqvi received a BFA in Photography from Ryerson University, and is currently an MFA Candidate in Studio Arts from Concordia University. Her work has shown in Canada at the Ryerson Image Centre, Gallery 44, the Koffler Gallery, Articule and the Leonard & Bina Ellen Gallery. Her work has been shown internationally at Museo de Arte Contemporáneo de Buenos Aires, Oberhausen International Short Film Festival, Uppsala International Short Film Festival and the 2017 Karachi Biennale.

Celia Perrin Sidarous holds an MFA from Concordia University, Montréal, with a concentration in Photography. Her work has been shown in solo and group exhibitions at Parisian Laundry (Montréal), the Esker Foundation (Calgary), Campbell House Museum (Toronto), the Dunlop Art Gallery (Regina), the Leonard & Bina Ellen Art Gallery (Montréal), The Banff Centre (Banff), WWTWO (Montréal), VU (Québec) and Gallery 44 (Toronto). More recently her work was featured in the Biennale de Montréal 2016 – Le Grand Balcon, curated by Philippe Pirotte, at the Musée d’art contemporain de Montréal. She is the recipient of a number of grants and awards, including Dazibao’s 2015 Prix Jeune Tête d’Affiche as well as the 2011 Barbara Spohr Memorial Award. She was longlisted for the 2015 AIMIA | AGO Photography Prize. Her works are part of several private and public collections, including the collection of the Art Gallery of Ontario, and the Musée d’art contemporain de Montréal. Living and working in Montréal, she travels frequently as a generative artistic approach. Her work Minor Key was originally presented at the 2016 Biennale de Montreal.