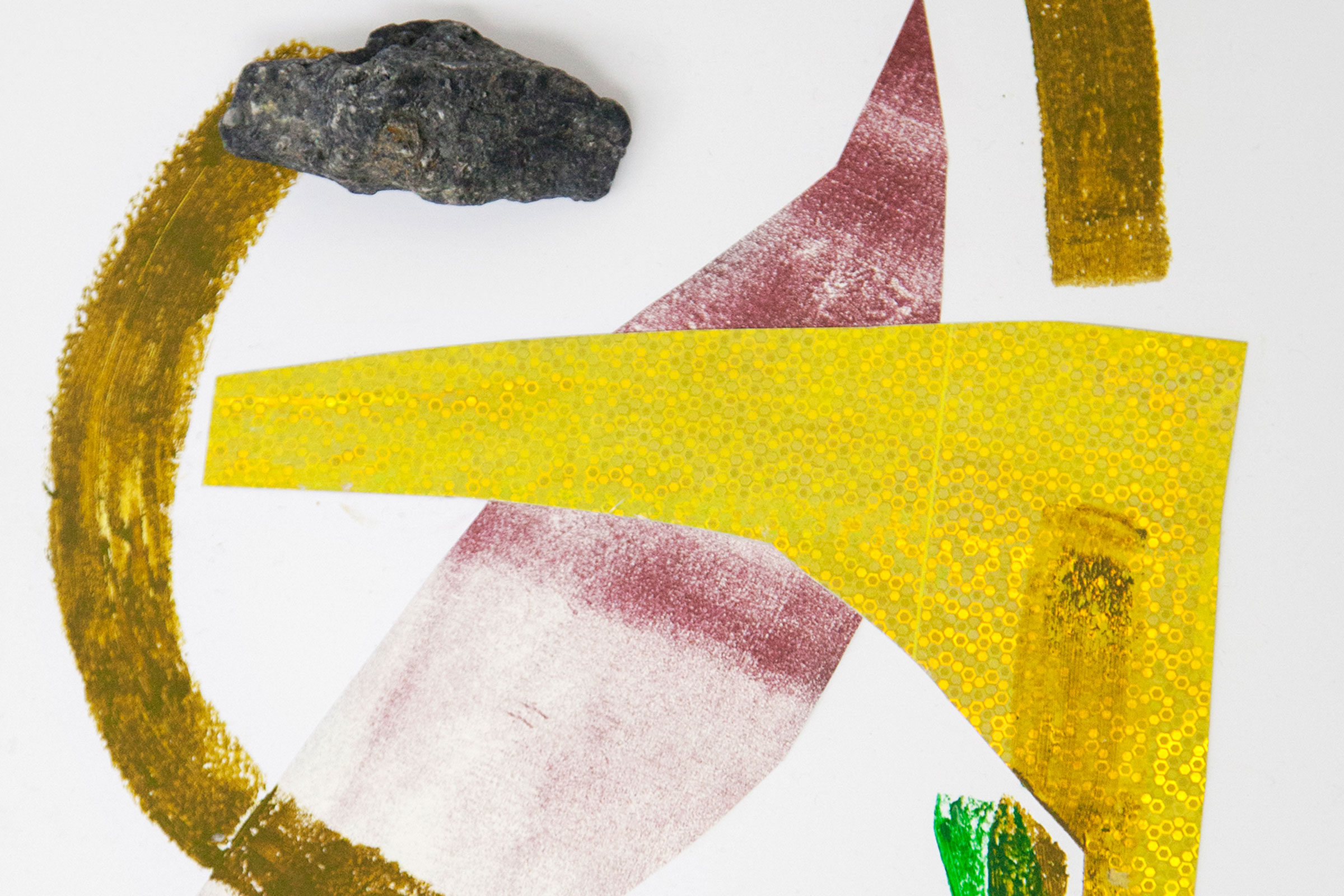 & A FOREST (PETRIFIES) is a fiction, a poem, an exhibition by Félicia Atkinson, initiated by Corinn Gerber of Passenger Books and presented by 8eleven and 820Plaza.

It manifests as two chapters (2 & 3) based on time, delay, improvisation, decay, narration, and live activities. The first chapter was on view in January at Rinomina in Paris, France. A novel is in the process of being written by the artist since two years: The novel is called Une forêt se pétrifie. It is written in French on a laptop and later transferred into a manuscript on an analogue typewriter.

This novel takes place at several locations, the main being The Petrified Forest in Arizona, where one day, trees turned into minerals. The text mentions a conflict between two groups. One group of people believes that archives are unnecessary today, and that we should return to oral cultural transmission and learn everything by heart, whereas another group believes in the necessity of archiving anything.

What is an archive? Can a thing change its status from an active potential to being a document? What is a fossil? On the journey of this unpublished novel from the archival box and computer file in which it is hiding to the exhibition space, we only have access to its own palimpsests and delays that its authors decide to play with and share: a few words, a few sounds, a few images, a few objects.

At 8eleven in Toronto, the exhibition & A FOREST will only last one evening. The sculptures won’t have the time to dry, a performance will blur its apprehension. Time will be the main actor of the plot. At 820Plaza in Montreal, (PETRIFIES) will last a few weeks. Things will decay. Sound will appear at 17.17 o’clock and disappear at 18.18.

Everything can be destroyed or kept by the hosts; this decision will be at their discretion without the need of notifying the artist. 820 Plaza and 8-11 are allowed to swap objects if they want to, as long as it remains a secret.

& A FOREST (PETRIFIES) is supported by the General Consulate of France in Quebec and Toronto.

Une forêt se pétrifie (A forest petrifies) is an ongoing project, which was opening its first act at Rinomina in Paris in January of this year. It will continue to Galerie de l’Université de Bretagne Occidentale in Brest in October 2016.

Exhibition of sound piece continues on Saturdays and Sundays from 17.17 to 18.18h until June 5. Co-presented by PME-Art

Félicia Atkinson (born 1981 in Paris) graduated with Honors from l'Ecole Nationale Supérieure des Beaux-Arts de Paris and studied Anthropology and Contemporary Dance (BOCAL project with Boris Charmatz in 2003). She lived in Brussels between 2008 and 2013 where she received the Langui Prize for Painting/Young Belgian Art Prize 2013. Since 2013, she lives in France again where she she since received two awards: Villa Medicis Hors-Les Murs (2009) and FNAGP (2014). She exhibited at Komplot (Brussels), Bozar (Brussels), MUCA ROMA (Mexico D.F), Overgaden (Copenhagen), Lieu Commun/Printemps de Septembre (Toulouse), Rinomina (Paris), Land and Sea (Oakland), Chert Gallery (Berlin), Joseph Tang Gallery (Paris) among others. During Spring and Summer of 2016, she will exhibit at Last Resort Gallery and Konsthall Charlottenborg in Copenhagen, at Et Al. etc in San Francisco, at Bonelli Gallery in Milano, and at Hectoliter in Brussels.

As a musician and sound artist, Atkinson performed at Palais de Tokyo in Paris, Cinema Tonala in Mexico D.F, Maison de France in Rio de Janeiro, Wiels in Brussels, MOCA in Los Angeles, Rewire Festival in The Hague, Borderline Festival in Athens, among others. She published more than 15 records with various labels (Aguirre, Umor-rex, NNA Tapes, ShelterPress and more), and a series of books with the imprint she co-founded, Shelter Press.