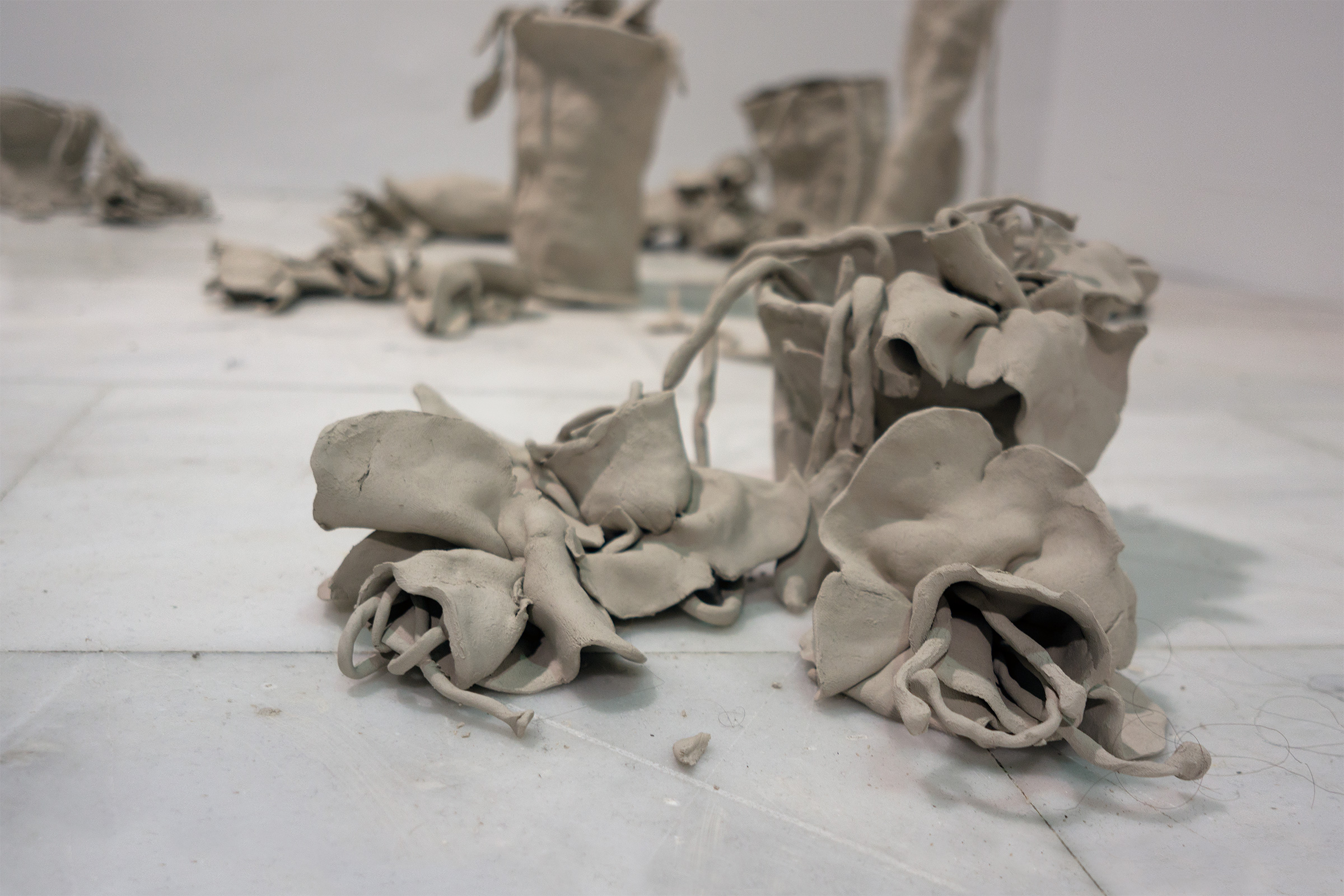 Why am I unable to represent what is so clear to me when I close my eyes? Derek Liddington

Why am I unable to represent what is so clear to me when I close my eyes? explores the possibility and impossibility of remembering objects and reaching goals. Throughout the duration of the fair a dancer strives to extend his hand as far as his body will allow overtop a platform of clay. At night, the artist recreates daffodils from his memory of an Ellsworth Kelly painting.