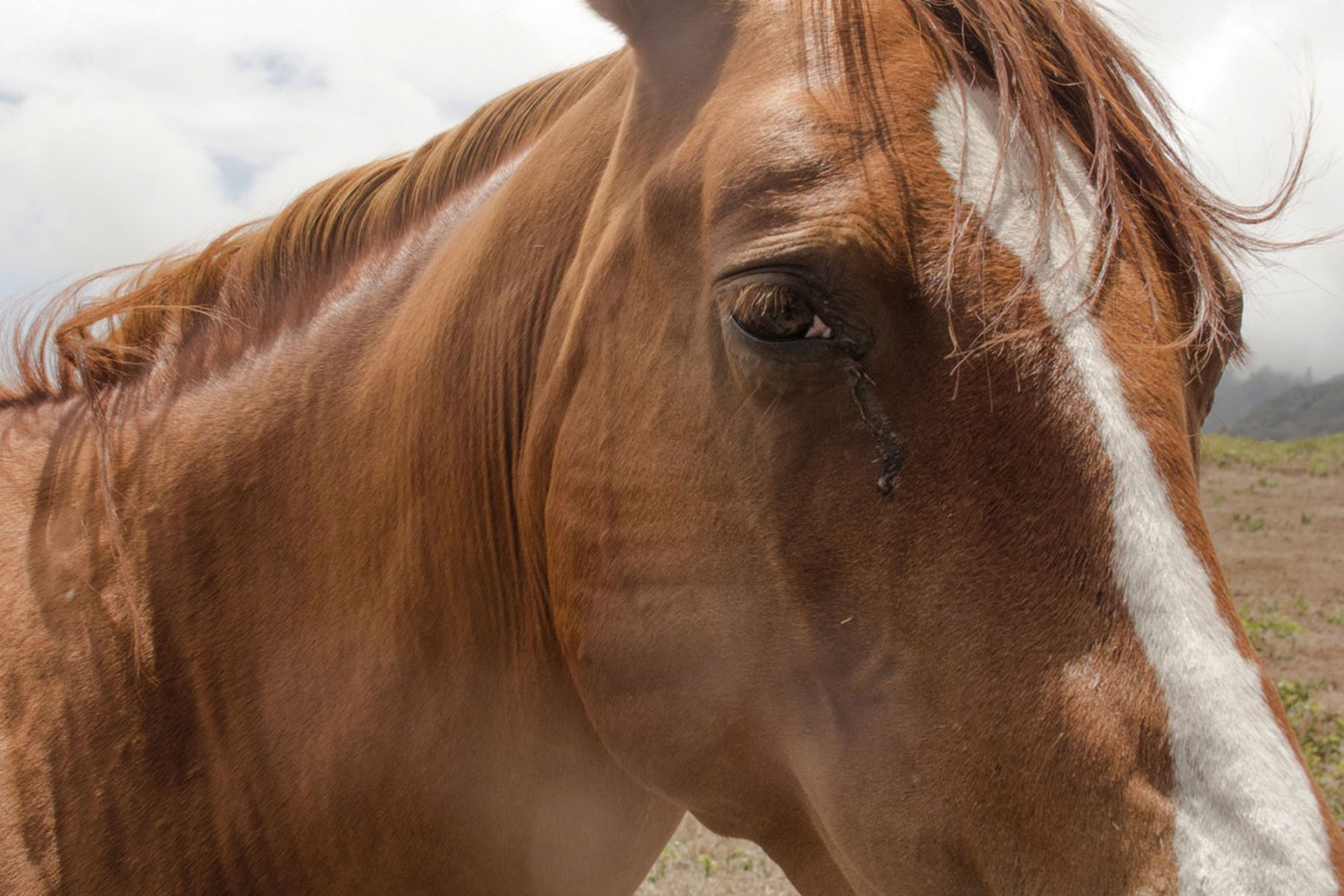 Connective Tissues is an exhibition by LA based artist Davida Nemeroff. The exhibition accompanies a book release for Nemeroff’s first published book of photographs, entitled Muscles (published by Golden Spike Press.) The book is a selection of horse images from a ongoing study of photographs that Nemeroff took on a trip to the small island of Lanai in the summer of 2012.

Influenced by photographers such as Edweard Muybridge, Robert Mapplethorpe, and Lisette Model, Nemeroff explores the possibility of transference within a traditional practice of documentation, depicting a complex relationship between artist and subject that is in turn offered to the viewer. The photographs stem from a limited subjective palette upon which Nemeroff has been elaborating on for the past few years. Her depictions reflect the formal pathology at the centre of modernist photography, the “study of horses”, and the universal drive to explore interspecies perspective.

Utilizing spontaneous portraiture, Nemeroff embeds a sense of closeness, and isolation in her photographs, as she captures the particular mood of the shoot. This series of works will be elaborated upon by five contributing texts included in the book Muscles, written by Rachelle Sawatsky, Eve Fowler, Cara Benedetto, Cameron Crone and Mieke Marple.

Connective Tissues is a featured exhibition with CONTACT Photography Festival.

Davida Nemeroff (b.1981 Montreal ) received her MFA from Columbia University in New York in 2009 and her BFA from Ryerson University in Toronto in 2004. She founded Night Gallery in 2010 and partnered with Mieke Marple in 2011. Her own work has been exhibited extensively through out the US and Canada at galleries such as Young Art in Los Angeles, Gallery TPW and Cooper Cole in Toronto and Gavin Brown Enterprise in New York City. She is on the membership committee for the New Art Dealers Alliance (NADA) in New York and sits on the board of directors of PSSST, an artist run space for avant-garde performance in Los Angeles. She is co-chair and co-founder of Sexy Beast, a biannual benefit for Planned Parenthood Los Angeles.