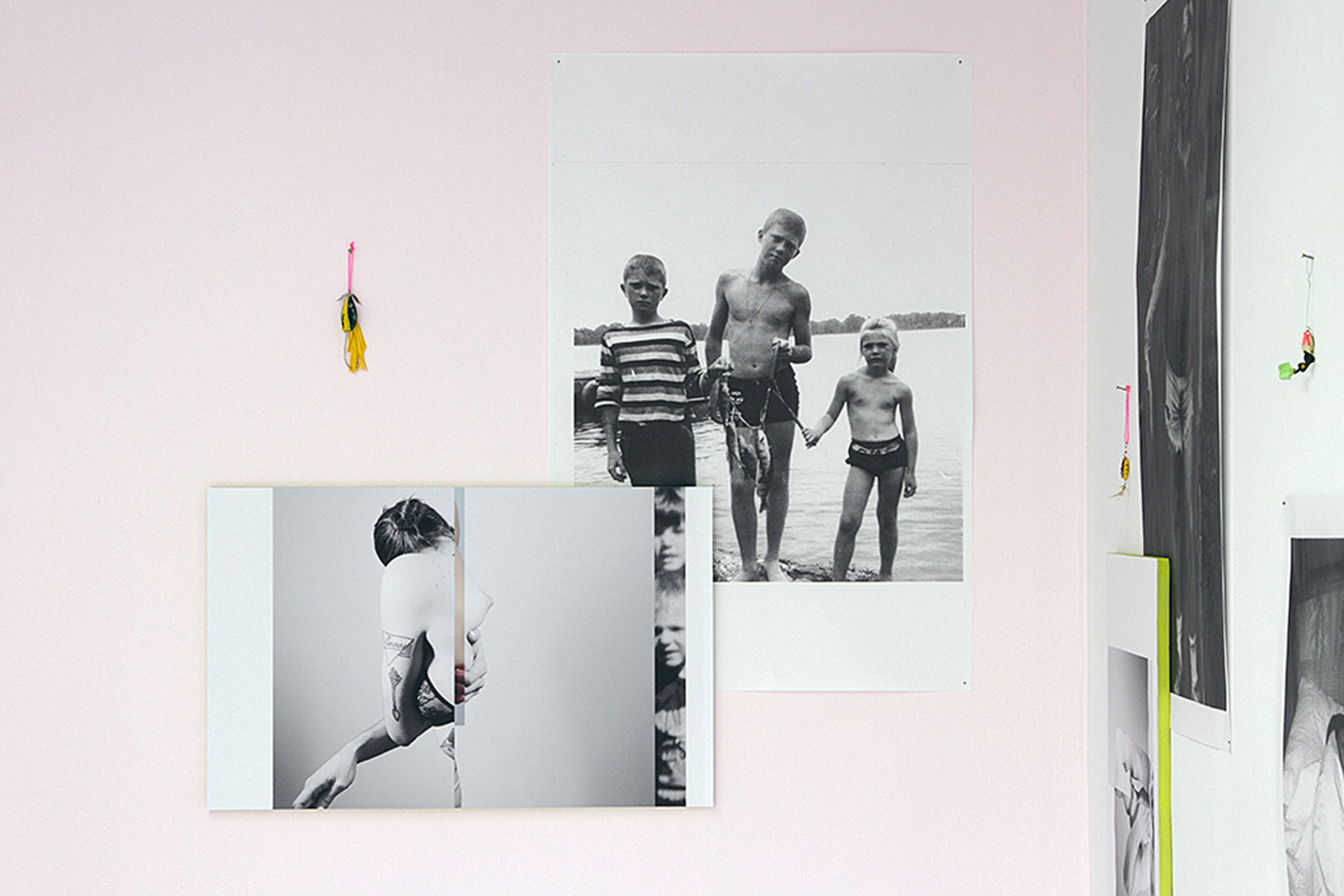 “An organism is unable to return, even partially, to a previous stage already realized in the ranks of its ancestors.” — Louis Dollo

In this growing body of primarily image-based work, Beck Gilmer-Osborne Osborne uses archival family photographs and self portraits to create collages, manipulating their relationship to self-produced images and the traces of their own image in family photographs and shared stories of mental illness. A coming to terms with the many unpredictable outcomes of self-induced medical interventions and the irrefutability of certain hereditary traits.

Beck Gilmer-Osborne is a queer identified and award-winning visual artist based in Toronto. Their work focuses on tensions, absences, and power in relation to fluctuating gender identities; exploring and interrogating the potential of gender embodiment to serve as both a tool for gender deconstruction and revision. Osborne was the recipient of the Governor General’s Silver Academic Award in 2015.