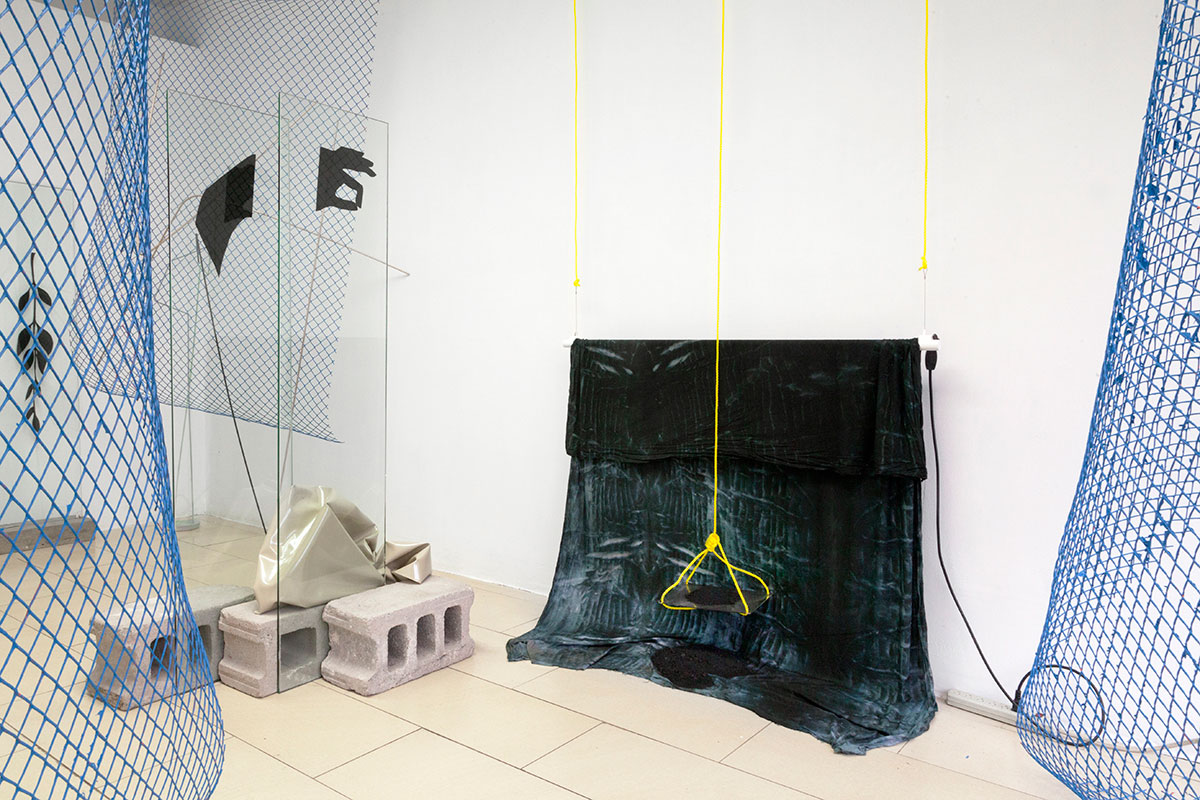 Continuing her exploration with Materialism, Azza El Siddique invites visitors into a virtual state of Immaterialism. In this constructed reality, El Siddique places objects that hold lines from her Sudanese diasporic experience — together, these objects scaffold El Siddique’s multi-layered strategy for self-preservation, which draws on the fantasy of the virtual realm to offer protections and sanctuary. The alternate dimension posited by sanctuary in the realm of virtual reality offers insights into how El Siddique, a Sudanese-Canadian, can exist beyond the analog realities of exclusion as outliers from the interwovenness of the broader, whiter North American milieu. There are no directions on Google Maps; El Siddique’s itinerary is instead forged by a speculative assembly of narrative and cultural fragments that straddle the border between the virtual and the tangible.

Azza El Siddique is a Toronto based interdisciplinary artist working in sculpture, installation, painting, photography and film. Her work explores themes of adaptation through material exploration. Forms are collectively placed together as stand-ins for personal spaces of habitation or intimate experiences. Ultimately these objects are material self portraits that examine pivotal moments of change. El Siddique received her BFA from Ontario College of Art and Design University. She attended The Chautauqua School of Art residency in Chautauqua, New York and is currently an Artist-in-Residence at Harbourfront Centre in Toronto.