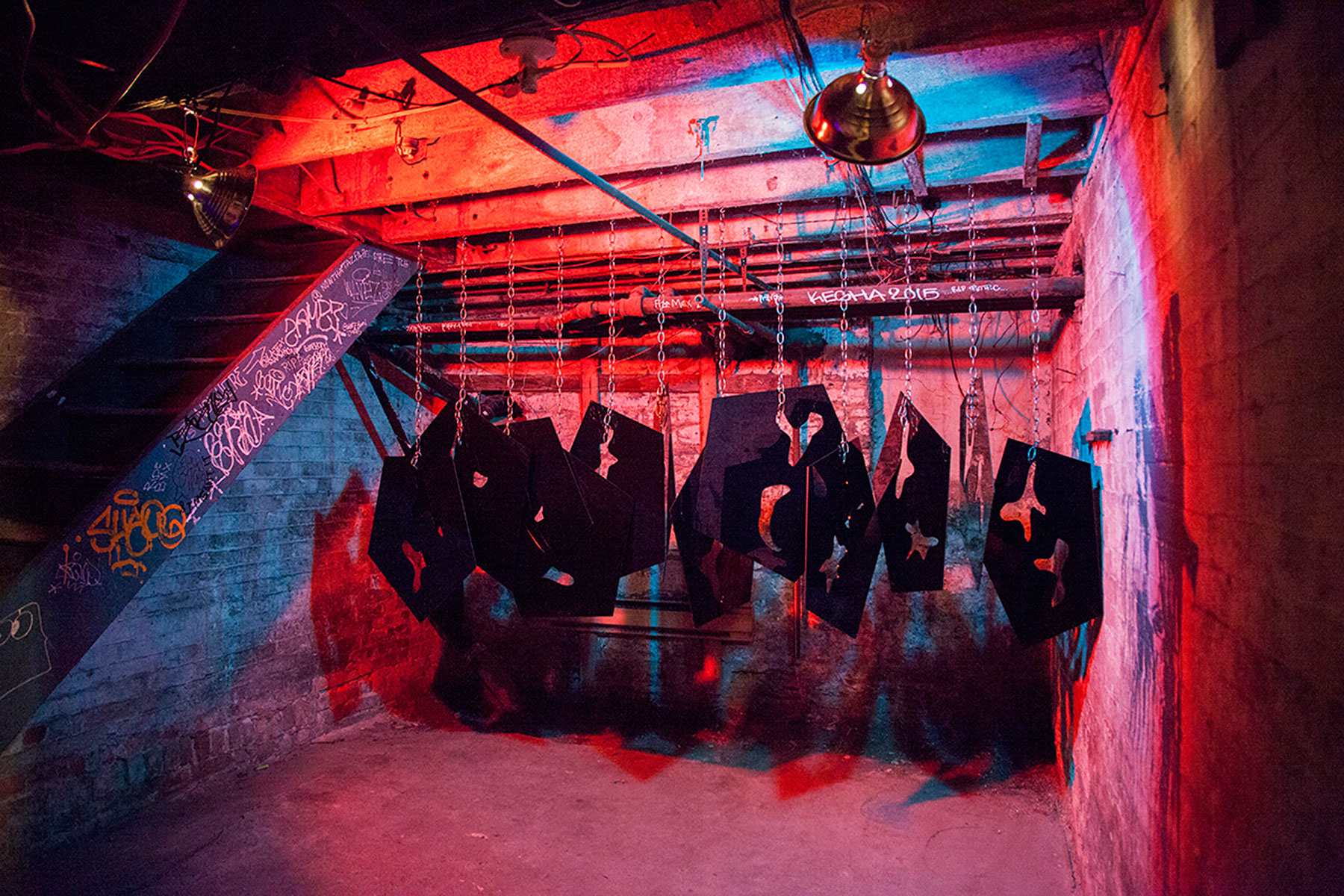 The stars don’t shine upon us / We’re in the way of their light.

The exhibition Celestial Bodies developed following a research residency in Halifax, NS during which Hoekstra’s attention was directed toward the Halifax Planetarium, and in particular the Spitz Model A-1 star projector currently in use. Conceived of as an affordable pedagogical tool, its design in 1955 correctly anticipated the growing interest in astronomical investigation in the post-war period. On the occasion of the projector’s relocation from the Museum of Natural History to its current home at Dalhousie University, the rights to a short play were purchased and performed to inaugurate its new home. Titled The Loneliness Factor the play adopts a decidedly SF stance, speculating on what non-human beings might be out there, in the dark.

Celestial Bodies uses the specificity of this object, the Model A-1, to continue Hoekstra’s broader investigation of extra-terrestrial space as a site amenable to both Projection and Speculation, as well as Earth’s position with the cosmic whole. Through this inquiry he considers what future conditions might be produced when Earth is considered not in correlation to human beings, but as an object in excess of humankind.

Aryen Hoekstra would like to acknowledge the support of the Ontario Arts Council, the Toronto Arts Council, Eyelevel Gallery, Atlantic Filmmakers Cooperative (AFCOOP), as well as Dr. Stephen Payne at the Halifax Planetarium.

Originating in the formal and conceptual language of the moving-image, Aryen Hoekstra’s work interrogates the structures and apparatuses that control light and dark, or image and interval, within the projection event. Hoekstra is the co-founder of Garden Avenue, a summer-long exhibition project that occurred monthly in his shared backyard. His work has recently been exhibited at Mercer Union, Scotiabank Nuit Blanche, Gallery 44, Xpace Cultural Centre, Olga Korper Gallery (all Toronto, ON), the Art Gallery of Alberta (Edmonton, AB), and Blackwood Gallery (Mississauga, ON). Upcoming projects include exhibitions at Modern Fuel (Kingston, ON), CPI (Edmonton, AB) and a collaborative exhibition with Jen Aitken this spring at Forest City Gallery (London, ON). His writing on contemporary art has appear ed in Canadian Art, C Magazine, Border Crossings, Magenta Magazine, and Towards. Since spring 2014 Hoekstra has served as the Director of G Gallery in Toronto, ON.