8eleven was formed in 2014 by a diverse group of artists, writers, curators and arts community members who came together to inhabit an unassuming storefront in Toronto’s Chinatown. Our collective mandate focused on the creation of a new space of inclusion and diversity, community and experimentation, that strove to exist outside of the boundaries of commercial galleries and professionalized artist-run spaces.

In order to be sustainable yet autonomous, 8eleven has continuously sought out alternative funding sources to supplement assistance from government funding, such as publications, multiples, partnerships and memberships. 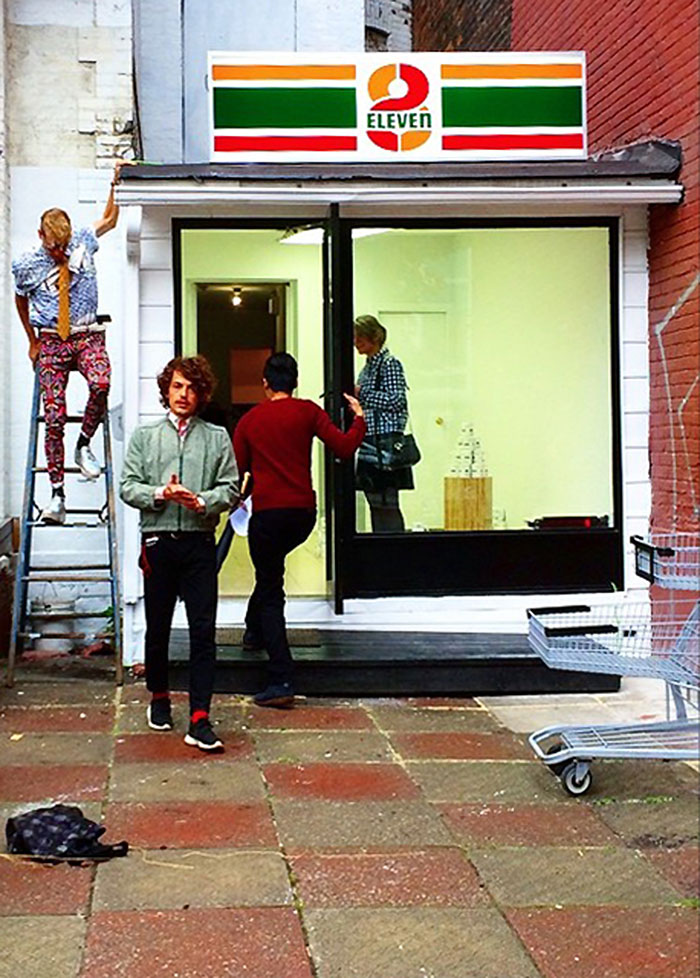 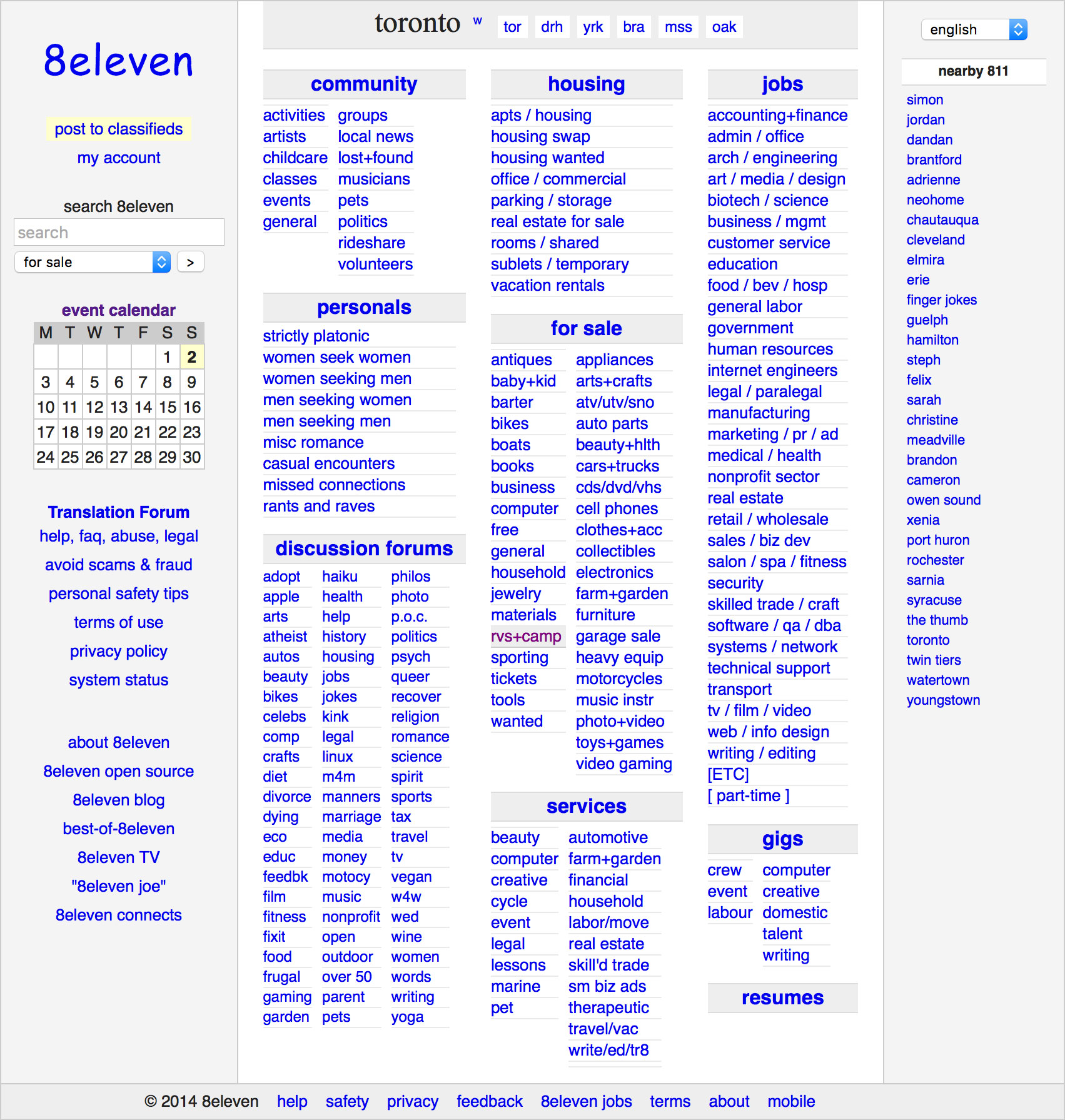 The gallery’s original website, was inspired by Craigslist. An artist project upon itself, it echoed the bootleg, logo laden themes of 8eleven’s beginnings.

The first few years were dynamic and full of alternative programming, alongside the curated gallery. The concept of public programming was stretched to include film screenings, poetry readings, panel discussions, live music, theatre, dance, discussion groups, and dance parties. Given the architectural peculiarity of the original location, outsider events gravitated to the gallery. It was possible to lead guests down an alleyway to a hidden back entrance through a courtyard, where they would find a performance, a reading, or a dance floor in a dungeonesque basement snaked along corridors that seemed to lead to an entirely different building. Some notable music performances from this time included Lido Pimenta, Petra Glynt, Acid Bath, Bile Sister, Magic Island, and Cosi I Cosi.

8eleven moved to a larger space at 888 Dupont Street in May 2017. While the members and location have changed over the years the gallery’s core mandate and programming has carried through.

There were even Ponies.